I remember growing up; my mother would always tell me that I would have to give up something from Ash Wednesday to Easter.  I never fully understood why at that time.  I can also tell you that it did not bother me to give up chocolate, something I really enjoyed, especially living close to the Hershey Chocolate Factory.  Well actually not that close but ten miles away.  Anyway, giving up chocolate was not too bad because I know that on Easter I would receive baskets from the Easter Bunny filled with all kinds of candy, mostly chocolate, and I could really pig out.  So giving up something for Lent was not really that bad.

It was not until recently, I wondered, what is Lent, when and why it did start?  Well it is the 40 days that precedes Easter and started in the early days of Christianity.

Thanks to an article by Neela Kale, I found out that Converts seeking to become Christians, who at that time were mostly adults, spent several years in study and preparation.  Under the threat of Roman persecution, becoming a Christian was serious business.  So their process of preparation was intensive.  Then they went through a final period of “purification and enlightenment” for the 40 days before their baptism at Easter.

Isn’t this what Jesus did for 40 days in the desert when he was tempted by the devil?  Spent forty days for purification and enlightenment?  He gave up a lot at that time.

Another that gave up the most was God.  He gave up his son that we might have life.  Why can we not give up so little?

See you in Church on Sunday. 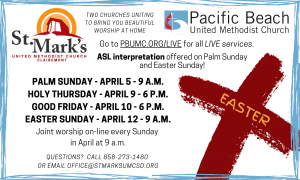