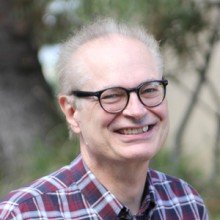 This Sunday is Pentecost.  Fifty days after Easter.  The text we read every year on Pentecost is Acts 2:1-21.  Here is how it begins:

“When the day of Pentecost had come, they were all together in one place. And suddenly from heaven there came a sound like the rush of a violent wind, and it filled the entire house where they were sitting. Divided tongues, as of fire, appeared among them, and a tongue rested on each of them. All of them were filled with the Holy Spirit and began to speak in other languages, as the Spirit gave them ability.”

This story of the church’s birth starts with all the disciples together in one place.  They had just finished voting on who should be the new disciple to replace Judas.  There were two candidates, and Matthias won out over Joseph (called Barsabbas).  We have no clear record of how Joseph reacted to this vote, or what happened to him, although at least one theologian has suggested he is the Joseph called Justus who went on to become Bishop of one of the most important cities in ancient Judea, Eleutheropolis.

The Pentecost story is rich in imagery, and that’s what we remember about it.  Before there was something called “science,” or a branch of science called “chemistry,” there was something called “alchemy.”  Alchemists are remembered for their obsessive attempts to turn lead into gold.  More importantly, alchemy described the world as made up of four basic elements—earth, air, fire, and water.  As the ancients attempted to understand the meaning of our world, they told stories in which each of these elements was vested with symbolic meaning.

As this story begins, there is “a sound like the rush of a violent wind” and “divided tongues, as of fire, appeared among them and a tongue rested on each of them.”  So the creation of the church comes from the sudden intrusion of the two “spiritual” or “heavenly” elements into a gathering of the followers of Jesus.

My last Sunday with you will be June 23.  Leaving you is not easy—we’ve been through so much together over the last 11 years.  We’ve had so much fun, we’ve succeeded and failed, laughed and cried.  We’ve struggled and we’ve celebrated.  We’ve welcomed the new and said goodbye to the old.  We’ve dealt with so much that was unexpected.  It has been a wonderful ride.

I hope I have a chance to see you in church over these next two weeks!

NO CHURCH SERVICE till further notice.